As the precursor to the ASICS Corporation, Japanese heritage footwear brand Onitsuka Tiger offers classic athletic shoes that never go out of style. Onitsuka established market dominance in its domestic market in the 1950s, thanks to its new take on basketball shoes and anti-blister technology for runners. Soon, it made international headlines when it convinced Ethiopian barefoot marathon runner and gold medal winner Abebe Bikila to wear shoes for the first time in his career. Its Olympic heritage continued when it outfitted the Japanese teams in summer and winter Olympics between Mexico '68 and Montreal '76. While the brand was abandoned in favour of ASICS in the 70s, Onitsuka Tiger was repopularized by Uma Thurman in Quentin Tarantino movie Kill Bill; its cult status returned, and 20 years on, it's more popular than ever. 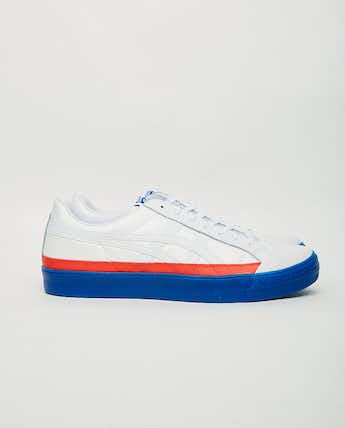